Jeffrey Looks Back as The Back Beats Move Forward 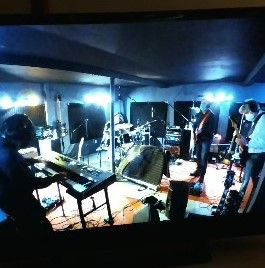 It’s been nearly 2 years since The Back Beats had their first rehearsal. Although the pandemic has put the brakes on live performances, the band has continued to work hard and evolve. Last Saturday, The Back Beats took another step in that evolution as we entered the recording studio. The fact that the recording session took place on January 30 was only fitting as it was the 52nd anniversary of the Beatles rooftop concert.  Over a period of five hours, the band cut seven tracks. The result was seven songs that showcase the essence of this band. I can’t say enough about my fellow bandmates who embody such a high level of musicianship and professionalism. They really make playing music fun. I feel that I have rediscovered the joy in creating music with others. Jim, James, Bruce, Kristen, & Ginifer have shown me what a band could and should be. I consider myself fortunate to be associated with this fine group of people. The Back Beats look forward to returning to live performance soon.