Meet The Back Beats: Jim 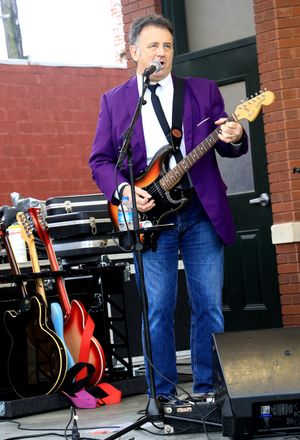 Hailing originally from Rock Island Illinois, (home of the Blues Brothers) Jim Cozad became obsessed with rock music at the tender age of seven years old when he discovered The Beatles. Always interested in guitar and live performance he became a live event lighting designer and has toured the world with several internationally popular artists in that capacity. Having met his wife, Ginger while on tour passing through Little Rock, he decided to make Central Arkansas his home. In recent years, Jim’s interest in playing guitar was rekindled and he has made playing live his passion. Vintage Rock and Vintage Blues are what gets him excited. Aside from music, Jim enjoys time with his family, golf and his church small group.