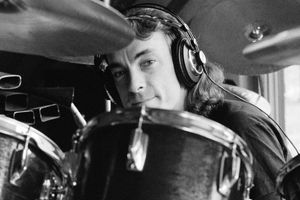 I was very saddened to learn of the death of Rush drummer extraordinaire Neil Peart, an absolute virtuoso of percussion.  Whether or not you liked Rush as a band, Peart’s technical prowess and musicality on the drum set were things to admire.  He was a great influence on me as a drummer, and though The Back Beats play a different style of music altogether, the lessons I learned from seeing Peart in concert (twice) and hearing his incredible work on Rush albums and in the several jazz sessions he also recorded have improved my drumming significantly.  His death is a great loss to the music world in general.